a LEGO fan encyclopedia that anyone can edit
Help us out and contribute!

The series consists of a number of individually themed collectible Lego minifigures based on movies, sports, history, and popular culture. The figures are sold individually in sealed, unmarked packages, giving customers a random chance at obtaining any particular figurine. While considered a novel approach by some, it has raised controversy amongst enthusiasts and collectors, increasing the amount of difficulty in obtaining a complete collection. Purchases from many retailers make no guarantees regarding the contents of a particular package. Despite attempts to obfuscate the contents of these packages, the bags of Series 1 and 2 have a second figurine-specific bar code on the rear of the packaging, next to the EAN/UPC product bar code (which is unique to each series). This has allowed customers to identify individual figures within the packaging, significantly decreasing the amount of money and effort required to obtain a complete collection, and eliminates the possibility of unintentionally receiving duplicates. There are also apps for both iPhone and Android devices that utilize these bar codes.

Taken from lego.com. DO NOT EDIT!

“No outer-space menace escapes the Galaxy Patrol!” The members of the Galaxy Patrol are an elite squadron of deep-space heroes who are dispatched to the most remote and dangerous sectors of the galaxy to fight cosmic evil wherever it appears. With their heavy-duty space armor and helmet-mounted tactical computers, they’ve got the gear, the training and the attitude to always get the mission done. To join the Galaxy Patrol, you’ve got to be as tough as space-nails, able to resist the mind-control powers of a Pluuvian Brain-Beast, and capable of holding your breath in vacuum for at least 42 quarkoids. Most recruits wash out, but the ones that are left are the best of the best, ready to defend the universe from interstellar threats of any and every kind – no matter how many eyes, claws and tentacles they may have! 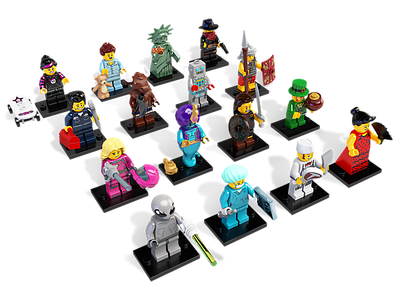 
Nominate someone for this award here.

Minifigures Wiki, located at minifigures.wikia.com, is Wikia's largest LEGO minifigures wiki, it was founded by Firox579 but, the last time he logged on was 16:52, November 24, 2010 but he was last seen a year ago so the wiki was adopted by Bob bricks on 8/16/2011. 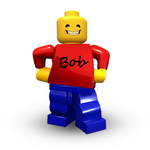 Here at Minifigures Wiki we care about your child's safety and therefore strive to do our best to ensure that your child's experience here is of a child friendly environment to learn in.

Reviewers are the people who write and edit articles for Minifigures Wiki, collaboratively working together. Give your nomination for the Figurepedia of the Month award.

Retrieved from "https://minifigures.fandom.com/wiki/Main_Page?oldid=4647"
Community content is available under CC-BY-SA unless otherwise noted.